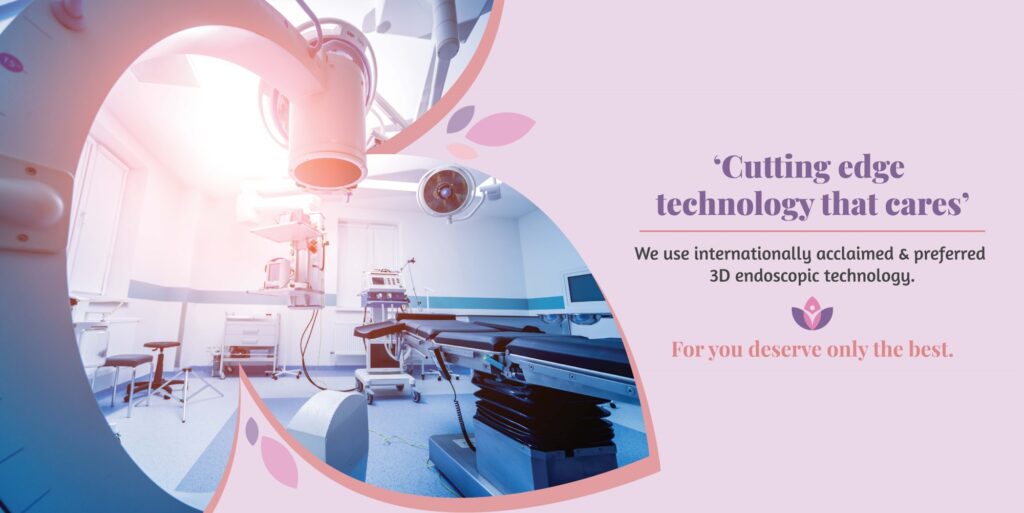 3D Laparoscopic surgery has now become the primary technique for a rapidly increasing number of gynae related surgeries. Traditional Laparoscopy in which 2 dimensional also called 2D laparoscopy has limited insufficient representation of the stereoscopic effect. Development of three-dimensional (3D) imaging technology has improved depth perception, shortened the execution time, and reduced error number. This study was designed to identify the effects of 3D imaging on surgical performance for skilled professionals and surgical residents. Due to the limitation in 2D laparoscopy Most of the complex surgeries are done under 3D laparoscopy.

At Nalini Speciality Hospital we use internationally acclaimed & preferred 3D laparoscopic technology has been adopting the latest technology for better surgical outcomes. We are one of the few hospitals to have a 3D laparoscopy centre in Mumbai.

The 3D camera system is the latest technique in laparoscopic field. 2D laparoscopic surgery is the traditional way in which a single camera is used called monoscopic compares to 3D laparoscopy which contains two cameras call stereoscopic.

This enables speedy recovery with shorter hospitalize period, less blood loss and minimal pain. The 3D technology improves hand-eye coordination which can help the surgeon to operate with greater accuracy.

With the help of the 3D view, It helps surgeons to operate with accurate measurement which can be helpful for surgeons to advance their skills to work fast and efficiently.